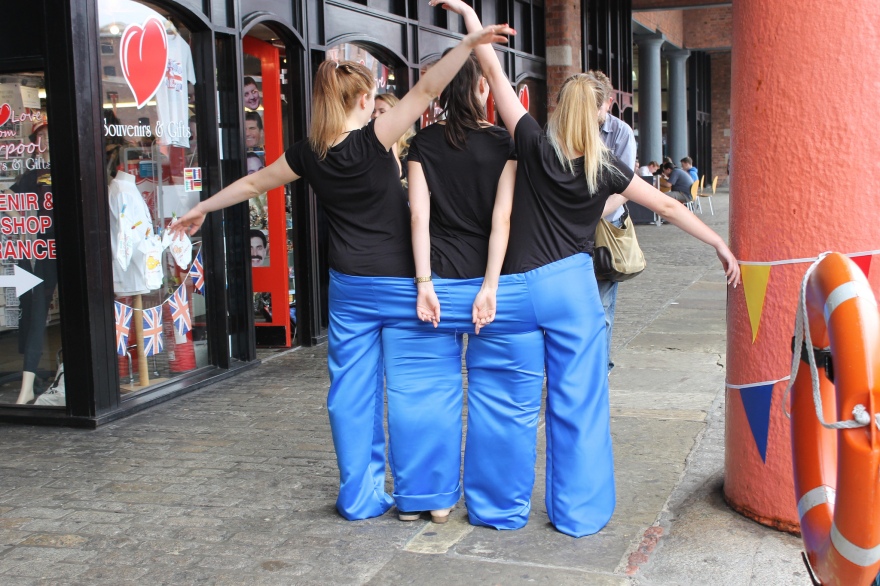 Our Circuit project draws on an approach known as ‘qualitative longitudinal research‘. It asks how young people forge lives and subjectivities in response to circumstances patterned differently by location, class, gender, religious and ethnic and cultural processes. It follows the changing meanings and significance that these give to experience and events over time and the interplay between intention and imaginative possibility and social structural circumstance (Thomson, 2011). Researchers engaged in this kind of research also consider the roles of particular institutions (McLeod & Yates, 2006). By engaging in recurrent interviews discussing the past, present and future, it aims to follow the details of how these processes take place over time: their slow accumulations and tipping points (Farrell, 2006).

We will meet around 20 members of the Tate’s Circuit programme, in galleries across the country, five times over eighteen months.

We hope to produce some general findings about the experiences of these members in education and work and in relation to home, family and relationships. What kinds of people are they becoming? What are the affordances of the art gallery for these different young people?

Even at this early stage already themes are emerging. For some the gallery is a safe space in which to take a break from ongoing struggles or to approach them differently: a time “where it is possible to be/do/know/live together differently” (Thomson et. al., 2012). For others it is an occasion to learn skills and to be treated – and even paid – as a professional: a time to experience themselves and be recognised as competent (Henderson et. al., 2007) and to engage in activity where what happens ‘counts’ in its artistic and social aims and outcomes and in relation to a future career.

We also hope the project will diverge from the traditions of qualitative longitudinal research. Rather than produce one description of the passing of time, we aim to compose multiple accounts – stories – with our participants. What stories do they choose to tell about the passing of time and the place of the gallery in their lives?

We have been thinking about time, self  narration and storytelling in relation to the research.

Storytelling is a matter of time, on many levels. For Walter Benjamin, a story requires recurrence. A teller takes what he tells from experience (direct or handed down) and makes it the experience of his listeners, who will then share it. Unlike information, which must be new, a story “sinks the thing into the life of the storyteller, in order to bring it out of him again”. A story also requires duration. To hear and remember a story requires mental relaxation and self-forgetting. Stories also contain their own telling of time, different from historical time. Hundreds of years can pass and be of no significance to a story.

How, over time, will our participants build a story, incorporating new events into several re-tellings? How do they experience time? Is it ‘like dominoes’, as one has already put it, or ‘fragile, like ice’, as another has described it? Is Circuit a break away from time, or a way to move things forward? Across what kind of time will participants tell their stories – will all be encapsulated in one moment or will they cover decades? Will they be smooth successions of events or will they jump back and forth?

While writers have long explored the classed and gendered histories of self-telling, today self-narration and self-performance seem to have even greater significance. Unlike stories, which are more lessons than self-reflections, self-narration is a contemporary form of discipline. As Beverly Skeggs (2010) writes, the self today generates its own legitimacy via the display of reflexive techniques of self-interrogation and emotional control. But the psychological depth needed for self-governance is something only some are able trade on. Others are positioned as ripe for transformation.

What do our participants make of being asked to narrate themselves? Is it a familiar form to them? One used in and out of Circuit? Do their stories to assert the power of their ability to narrativise about their own life? Or are they strangled by silence or a matrix of existing discourse which speaks them? Which stories have they already re-told many times and which are emerging only now? Which self-narratives are passed down from others, and from institutions, and of which are they the innovators?

According to Michael Taussig (2011), what anthropologists do, most of the time, is deal in stories. The point, he argues, is not to sift through the heterogeneity of these stories to find some underlying truth but to work with a multiplicitous and fragmented reality. Stories are the point. Taussig writes of his research diary like he writes of stories. A research diary moves ahead day by day, but it can also be read and re-read – it also brings separate moments of time together, anarchic as to the supposed laws of history. It keeps a foot in the immediate and sensuous and in narrative, resisting distillation as information. And yet it is also some kind of material contraption, a comfort which stands in for thought and experience, which stands in for the truth of what happened.

The gamble of this project is that the writing of such a diary can be a collaborative process. Can a diary be shared between those who appear in it? Can we, between ourselves and our participants, generate a shared practice of storytelling?

Taussig, M. (2011) I Swear I Saw This: Drawings in Fieldwork Notebooks, Namely My  Own. Chicago: University of Chicago Press